By chantrylibrary Just arrived !  New IFLA Conference Proceedings :
Early Printed Books as Material Objects (Proceedings of the Conference organized by the IFLA Rare Books and Manuscripts Section, Munich, 19-21 August 2009), edited by Bettina Wagner and Marcia Reed, IFLA Publications 149, De Gruyter Saur, Berlin/New York, 2010, ISBN: 978-3-11-025324-5
The papers collected in this volume discuss descriptive methods and present conclusions relevant for the history of the book production and reception. Books printed in Europe in the 15th and 16th century still had much in common with manuscripts. They are not mere textual sources, but also material objects whose physical make-up and individual features need to be taken into account in library projects for cataloguing and digitization.

The latest issue of International Preservation News has just been released.
It is dedicated to "Tourism and Preservation: Some Challenges."
Download it here:
No 52 - December 2010

Following the recent events in Egypt, the Blue Shield expresses its great concern about the safeguarding of the country’s invaluable cultural heritage amid the existing turmoil. 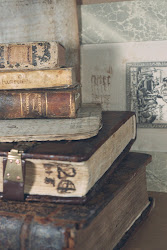